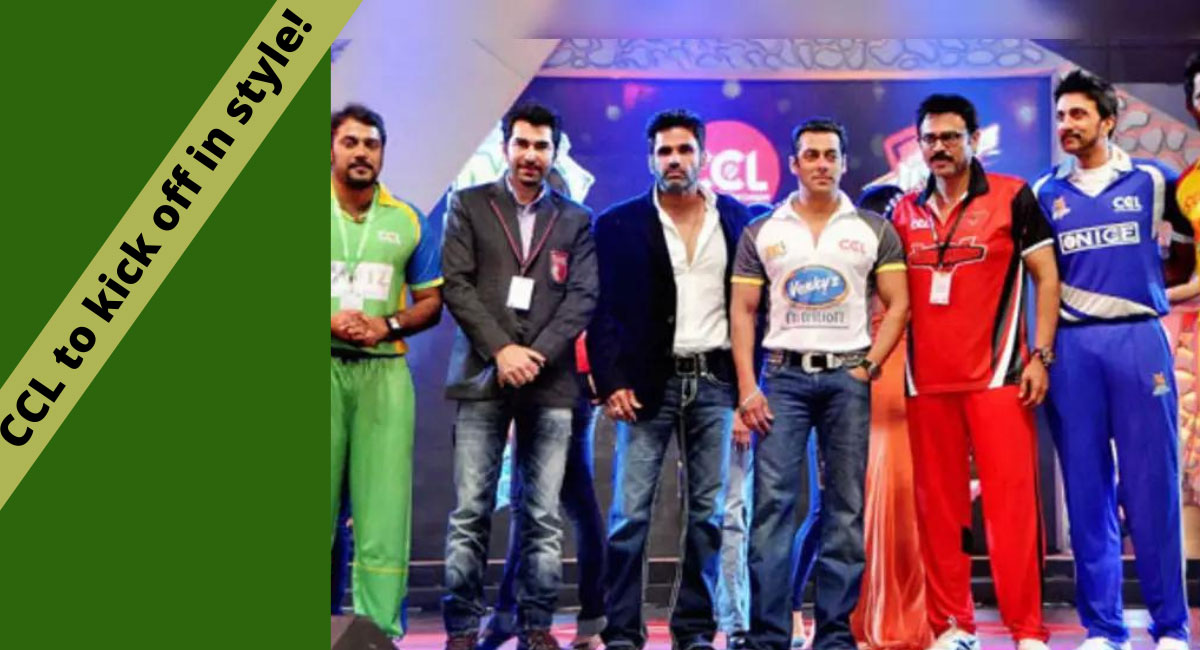 The second season of the Celebrity Cricket League will bring us more cricket and entertainment The Celebrity Cricket league second season will kick off in a few days in Sharjah and people can get to see their favourite stars battle it out off screen. The opening ceremony in Sharjah will see performances by Atif Aslam, Devi Sri Prasad and many more artists. All the 6 teams have been putting in efforts and have started their practice sessions much in advance.

While Karnataka Bulldozers owned by Ashok Kheny have legends like G R Vishwanath as their mentor and coach, the Sohail Khan-owned Mumbai heroes are being coached by Balwinder Singh Sandhu. Saurav Ganguly is the mentor for Boney Kapoor and Sridevi’s team, ‘Bengal Tigers’.

The matches then move to Bengaluru, Chennai, Kochi, Kolkatta and Hyderabad. The finale will be in Hyderabad on 12th February.