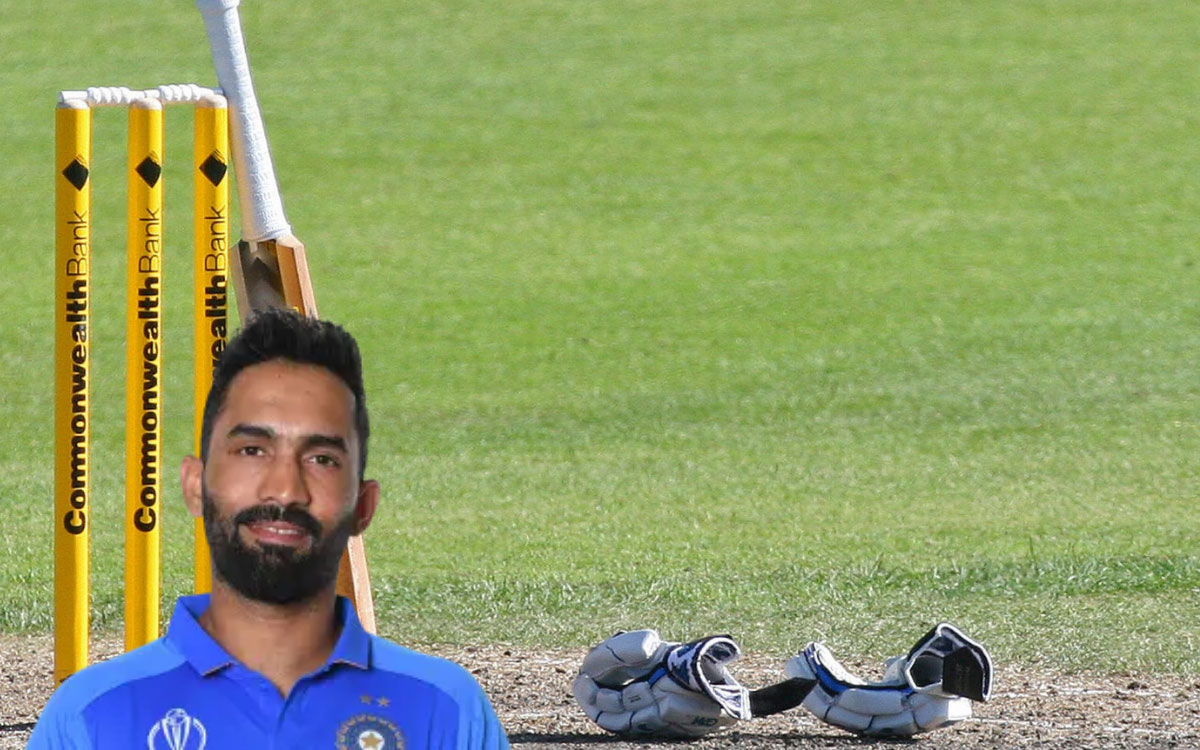 Dinesh Karthik was born on the 1rst of June in the year 1985 in Madras Chennai, and he is a former right-handed Indian batsman and has been serving the nation for a very long time. However, after a few years of his international cricketing career, he made only a few appearances in international matches. But the performance of this right-handed batsman in domestic cricket is always mesmerizing.

There are plenty of records and anonymous facts about this player that even his die-hard don’t know. Moreover, the personal life of the cricketer is pretty private. Below mentioned are some of the interesting facts about Dinesh Karthik, so without wasting any dues, let’s get started.

Dinesh Karthik debuted his first one-day international match in 2004 against the England cricket team, and the player made his test debut in 2004 against the team Australia. The player failed miserably to impress the dressing room and audience with their batting skills as he only scored a few runs in the first ODI and test match. But the keeping side of the player was quite tremendous as he took some exceptional catches in the debut matches only.

You might be shocked by the fact that Dinesh Karthik’s father, Krishna Kumar, was also a cricketer and has served the state of Chennai for quite a long time. Unfortunately, his dad was forced to focus more on his studies, and he had to leave cricket. Dinesh Karthik was pretty much inspired by his father, and he ensured that his son does not face the same issues he went through.

Moreover, Dinesh Karthik learned tons of stuff from his father and his father was the first that exposed Dinesh to the leather ball at the very first glance. There are plenty of other things that he learned from his father, and he considered his father as his role model.

Ups and downs in the career

Karthik has had plenty of ups and downs in his career, and Karthik was like in and out in the international team. The player has almost a similar skillset with Mahendra Singh Dhoni as he is quite good in the wicket-keeping and batting unit.  He debuted his first match in the newest challenge and performed quite well in those matches. Moreover, the player did perform well on the keeping side.

As mentioned ahead, the player was born on the 1rst of June 1985 in Madras Tamil Nadu. The Father of Dinesh Karthik has served the state for a long time, but due to family pressure, he was not able to pursue his career as a profession. He started playing cricket at the age of 10 only, and later, he felt quite passionate about the sport.

Man of the match

The Indian right-handed batsman performed really in a T20 international against the South African cricket team. The match occurred on the 1st of December in 2006, and the South African team scored several 126/9 in that T-20 match; the opening batting lineup of the Indian team was destroyed at first glance by top tier bowling of South Africa.

Dinesh Karthik joined the crease at no.5, and the rest is history; the player completely stole the show with his batting performance. He scored 31 runs in 28 balls when one stood up on the crease; the selecting community of the Indian team was quite happy with the decision of letting Dinesh Karthik play in that match. Moreover, the player was awarded as man of the match in that particular session, and he became the first Indian to be awarded as man of the match in a T-20 international