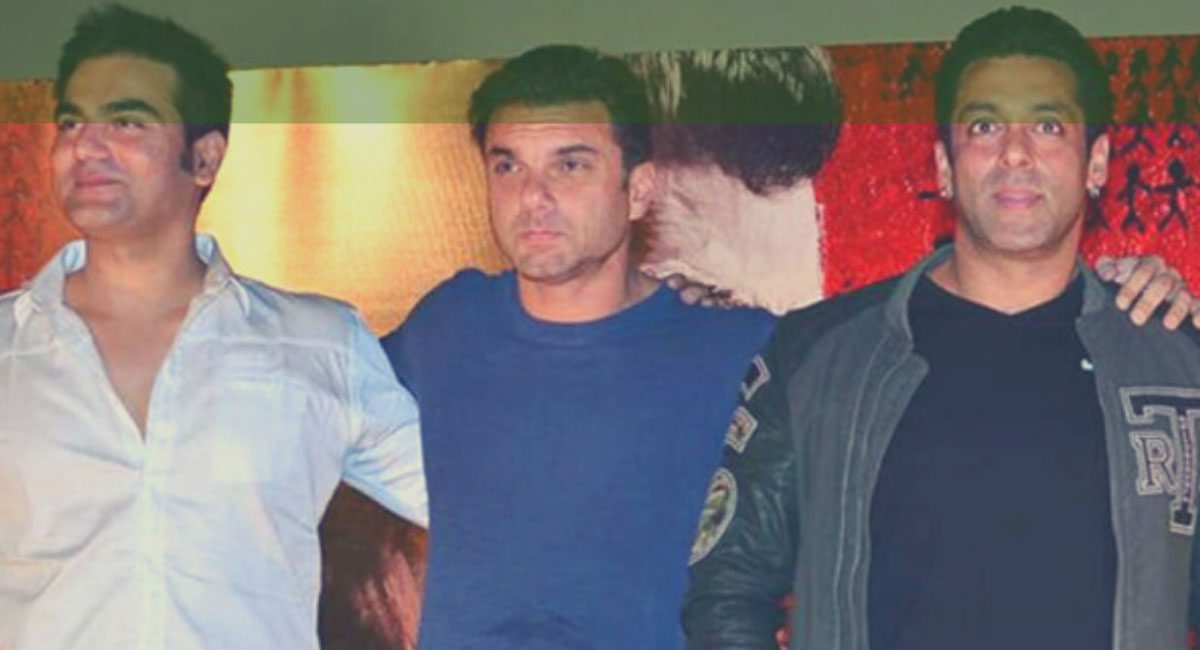 Sohail Khan, born 20 December 1970) is an Indian director, writer, producer and actor working in the Hindi cinema. He is the younger brother of actors Salman Khan and Arbaaz Khan. He produces films under his banner Sohail Khan Productions.

Khan started his career as a director making his debut with the 1997 action thriller Auzaar which starred his brother Salman and Sanjay Kapoor. He then directed both of his brothers Salman and Arbaaz in the hit film Pyaar Kiya To Darna Kya (1998) and Hello Brother (1999) In 2002, he wrote, produced, directed and made his acting debut in Maine Dil Tujhko Diya, under his earlier banner G.S. Entertainment.

In 2003, He launched his own production banner “ Sohail Khan Production ” and has produced till date I Proud to be an Indian, Lucky, Fight Club, Maine Pyaar Kyun Kiya, Main aurr Mrs Khanna, Partner, Kissan and Ready till date.
Khan has also produced live stage shows in India and all over the world featuring various Indian film stars under his entertainment company “ Sohail Khan Entertainment “. His company also produced music videos and even made a foray into television with ‘Chehre Pe Chehra’ which was telecasted on Sahara.

He is the chairman of Celeb Sports and events Pvt.Ltd. & Mumbai Heroes Sports LLP, who is the proud franchise owner of Bollywood team “Mumbai Heroes “ in  Celebrity Cricket League (CCL)

In the year 2000, with his Hard-Work, Sincerity, Dedication & Loyalty he was appointed as a Business Manager to the Super Star Salman Khan. In the very same year, Sohail Khan production was formed and he was appointed as the Executive Producer for the company. Under Sohail Khan Production, Mr. Vikas Kapoor as an Executive Producer worked for films titled – “I proud to be an Indian”, “Fight Club”, “Lucky” & “Maine Pyaar Kyon Kiya”.

In the year 2011, he along with his three partners Mr. Sohail Khan, Mr. Jordy Patel & Mr. Adil Jagmagia  with their futuristic vision, knowledge & immense expertise in the field of films & events formed Celebs Sports & Events Pvt. Ltd. They are also the proud owners of “Mumbai Heroes”, which is a franchise of the Celebrity Cricket League. Mr. Vikas Kapoor’s forte is into business in administration. He is the Managing Director of Celebs Sports & Events Pvt. Ltd.

Director of Karma Entertainment (P) Ltd, a company owned by him and his partner Mr. Amar Butala.Company producing films and executing events. Also handling creative/execution/logistics of all Salman Khan events exclusively for and on behalf of Sohail Khan Entertainment.

Director of Events in London from Jan 95’ till Dec 00’. Director of Events and Vice President of Popcorn Entertainment from Jan 01’ till Dec 07’. CEO of Balaji Telefilms (Non Fiction Division) from Jan 08’ till July 08’. COO of Balaji Motion Pictures from Aug 08’ till Oct 09 and now have started own company by the name of ‘Karma Ent (P) Ltd’ which will handle film and television production, events and celebrity endorsement. Handle all Salman Khan events with regards to creative and logistics exclusively along with Mr.AdilJagmagia for and on behalf of Sohail Khan Entertainment.

Being based in London, started his career as director and coordinator of a musical event, Starring Amit Kumar and KavitaKrishnamoorthy with orchestra and dancers in London, Birmingham and Manchester in the UK.

Bollywood artist management, Celebrity Endorsements and Television (Non Fiction) co- ordination and production.Handle all Salman Khan events with regards to creative and logistics exclusively along with Mr.Jordan Patel for and on behalf of Sohail Khan Entertainment. Managed and coordinated sports events and sponsorships/endorsements with international cricket teams like New Zealand and Victoria bush rangers,in association with Australian company Insite.

In this span also coordinated a lot of bollywood artists for appearances for a lot of corporate and individual clients in India and abroad for their dealer meets or product promotions.

Having 13 years of experience in Events management, Coordinated and Directed For Sohail Khan Entertainment (1998 -2011).

A look of few of his successful events mentioned below: